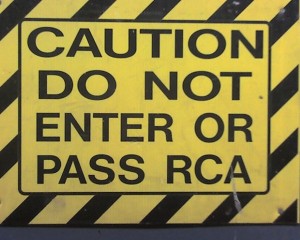 “What is hateful to you, do not to your neighbour: that is the whole Torah, while the rest is the commentary thereof; go and learn it.” (B. Shabbat 31a)

In the aftermath of the R. Freundel voyeurism scandal, the Orthodox Jewish community has been relentless in its criticism of its current religious establishments. Some have focused their attention on the vulnerability of converts, many of which received a reprieve when the Israeli rabbinate ultimately decided to uphold R. Freundel’s conversions. Others advocated for changes in how a mikvah is operated with Rabbanit Henkin arguing for giving women keys to the mikvah and R. Seth Farber insisting on modifying Jewish conversion law to prohibit men from witnessing a female convert’s immersion.1 Still others targeting the Rabbinic establishment epitomized in this case by the Rabbinical Council of America (RCA).2 Rabbi Marc Angel pointed to the moral deficiencies of Judaism’s gatekeepers and Dr. Erica Brown criticized the lack of rabbinic accountability.3

Naturally, certain members in the very same Rabbinic establishment aggressively defended the status-quo in the face of media “misrepresentations” and activists “hijacking” the scandal to further their own agendas. I have no doubt others perceive the defamation of their institutions to be the result of an unfair generalization, where the entire system is disparaged due to criminal acts of one lone individual.

My concern today is not the propriety of these critical generalizations, but rather the predictability of them occurring after a major scandal. Not only have Jews long engaged in generalized delegitimizations, but this traditional rhetorical stratagem has been repeatedly employed by the current Rabbinic establishment, including, ironically enough, the RCA’s own approach to conversion.