A few months ago I wrote a short article for the Institute for Jewish Ideas and Ideals’ new journal Conversations. The purpose of this journal is to promote communal dialogue on various issues facing the Jewish community. Unlike the Edah/Meorot journals, the journal is supposed to be more accessible than academic and so I was given two editorial conditions:1. keep it short and 2. no footnotes.

As longtime blog readers know, that last condition was a tough one to overcome.

At any rate, I’m posting my article “A Fair And Balanced Approach To Jewish Social Justice” and I plan on revisiting the motivations for the article at some later point.

Reprinted with permission from the Institute for Jewish Ideas and Ideals

Introduction
Increased awareness of Judaism’s teachings on social justice is important. As advocates often point out, social justice is not external to Judaism but is pervasive throughout the laws and ethics of Jewish tradition. From the individual perspective, we believe that each human was created in the “reflection of the divine” (Bereishit 1:27), and as a people we are charged with being a “light unto the nations” in order to bring God’s salvation across the earth (Yeshayahu 49:6). The sages of the Talmud introduced the doctrine of “Tikkun Olam,” repairing the world, as a legitimate justification for legal innovations. From one point of view, all the commandments serve to achieve the end of perfecting ourselves and our society.

Determining, though, which causes or methods represent the Jewish ideal of social justice is a difficult challenge. Would an issue such as vegetarianism – notably supported by R. Abraham Isaac Kook – be considered a Jewish social justice issue if the Torah not only permits (Devarim 12:20) but occasionally requires eating meat (Shemot 12:8)? Furthermore, even granting a consensus regarding the legitimacy of a cause, there may be valid disagreement on how to implement solutions. For example, there are several strategies in which people could help the poor. Welfare and charity offer immediate short-term relief, but are not terribly helpful in the long term and could provide disincentives against self-improvement. On the other hand, training programs which help individuals become self sufficient will take more time; for Rambam this sort of charity is the highest level one can give (Mishneh Torah, Laws of Charity, 10:7). People may share the same goal, but could disagree as to the social justice merits of a particular method.

This discussion is further complicated by the relationship between religion and politics to the point where political policies and religious ethics become blurred. In 2005 seven Jewish social justice groups opposed the nomination of Justice Samuel Alito to the U.S. Supreme Court. These groups opposed Alito not only for perceived disregard of civil liberties, but also for his positions on interstate commerce and abortion. These complaints in the name of “social justice” assume a particular social and political outlook, which even if compatible with Judaism, is not necessarily mandated by Torah.

Finally, imbuing social justice discussions with religious rhetoric may approach fundamentalism. Policies such as supporting rent control or raising the minimum wage are sometimes advocated not on economic merits, but as a religious mandate – one which is not only representative of the entire faith, but incumbent on all Jews. Or to put it another way, this is the difference between promoting environmentalism on social grounds or asserting that God demands we purchase hybrid vehicles or change our light bulbs.

Without advocating or critiquing any particular cause, agenda, or policy, I would like to suggest here that the Torah’s general model of social justice is not one of utilitarianism promoting the greatest good for the greatest number of people, nor does it consider the plight of the domain of the destitute or disadvantaged exclusively. To the contrary, the Torah’s model of social justice strives for individual judicial equality for all members of its population. In other words, the test for Torah-based social justice would be: does the policy adequately account for the rights and needs of everyone affected.

Balance in Jewish Law
One area in which we find such a balance is in the distinction and designations of the ethics of hesed, compassion. Biblical law provides social and economic protection for the most vulnerable and isolated members of society. In particular, the gerim, orphans, and widows are singled out as groups which one may not oppress (Shemot 22:20-21). The poor are also considered a protected class of sorts in that Biblical law requires that the poor be supported (Devarim 15:4-9) and mandates specific mechanisms for their support such as leaving a portion of the harvest for them (Vayikra 23:22).

But there are limits to hesed, particularly in the area of justice. The Bible considers it a perversion to favor the poor over the wealthy (Vayikra 19:15), affirms the same civil law for the ger and everyone else (Vayikra 24:22). In civil matters, maintaining judicial integrity is so important that R. Yonatan states, “any judge who takes from one and gives to the other inappropriately God will take from him his life” (B. Sanhedrin 7a). Furthermore, there are limits with respect to charity. Despite the call for hesed and obligations for charity, the Talmud limits how much one is allowed to give to 20% lest the giver become poor himself, creating yet another imbalance in the society (B. Ketuvot 67b).

Viewing the complete picture of Jewish law, we find that Judaism expects compassion but it does so recognizing that the functioning society cannot become one-sided, favoring one group over another. We must provide hesed; but focusing entirely on one group of the population will lead to a different form of social injustice.

The concern for balancing multiple interests is also present in the laws relating to worker’s rights. The Bible demands that employers pay their workers on time. (Vayikra 19:13). The Talmud elaborates, teaching that an employer who withholds his worker’s wages violates six biblical laws including stealing (B. Bava Metziah 111a). Furthermore, Jewish law would seemingly mandate employers to provide safe working conditions under the general prohibition of negligently causing damage to someone else, even with the intent of compensating afterwards (B. Bava Batra 22b).

These laws protecting the worker cannot be taken in isolation of the broader labor legislation. Just as the Torah requires the employer to meet certain obligations to his employees, it also requires the employees to maximize their productive efficiency while on the job. In fact, the sages shortened the birkat hamazon and amida (B. Berakhot 16a) to minimize the time taken from their work obligations to their employer. Some were so careful about not wasting their employer’s time and money, that they would not even greet sages as they passed by (B. Ta’anit 23a, B. Kiddushin 33a).

The point here is not to equate the suffering of mistreated workers with the financial costs of inefficiency. The Torah is certainly concerned with the potential exploitation of the weak. However, this sensitivity in no way precludes similar concern for the other side of the equation. As such, it is inadequate to describe Jewish law as being favorably biased to either the worker or management, but rather towards a mutually beneficial interaction.

The Examples of Tikkun Olam
This sort of balance is present in the specific cases where the Sages acted in the interests of Tikkun Olam to address several forms of injustice. For example, one type of injustice is the direct and unilateral actions of an individual to manipulate the legal system. In this regard, the Sages instituted laws to prevent such abuse, particularly in the areas of divorce (B.Gittin 4b). For example, a husband who sends his wife a document of divorce cannot convene an ad hoc court to nullify the document while in transit. In these instances, the concern is to close legal loopholes to prevent exploitation.

However, where there are two legitimate parties to consider, the Sages employed Tikkun Olam to balance both of their respective needs. Consider the innovation of Hillel’s prusbol (Mishnah, Gittin 4:3). The Bible commands that all loans be forgiven with the shemita year (Devarim 15:2). Naturally this proved to be a disincentive for lenders to loan money with the increased risk of loss. Hillel noticed that although the Torah forbids withholding loans on such grounds (Devarim 15:9), people were not lending money because of the shemita year. Consequently, Hillel instituted the prusbol, a mechanism by which loans would not be automatically forgiven with the shemita year, for the sake of Tikkun Olam, a policy for the benefit of society as a whole.

At first glance, it appears that the beneficiaries of this Tikkun would be the borrowers since lenders would be less reluctant to loan money before shemita. But the only way in which this Tikkun could be achieved was to address the fears of the supply side lenders, to protect their interests as well. In addressing the problem of a tighter money supply, Hillel did not only focus on the plight of the borrowers by compelling lenders to loan, even though Hillel would have explicit biblical support to do so. Rather, the Tikkun Hillel enacted benefited both parties of the transaction such that the interests of both borrowers and lenders were protected.

We also find the balanced nature of Tikkun Olam regarding the tragic instance of a captured Jew. According to the Mishnah, Gittin 4:6, it is forbidden to pay excessive sums of money to redeem captives. From a social justice perspective we can sympathize with the captivity of any human being, and our emotions may dictate that we save someone regardless of the cost. Indeed, the Sages consider redeeming captives in particular to be “a great mitzvah” (B. Bava Batra 8a-b). On the other hand, overpaying for hostages provides incentive for enemies to take hostages again in the future. Despite noble intentions, by saving one life one would actually be jeopardizing the well being of others. In the balanced model of Tikkun Olam, such an exchange of one injustice for another is unacceptable, for we cannot substitute the suffering of one with the suffering of another.

Conclusions
The Torah’s balanced model of social justice provides a useful framework for evaluating the various contemporary social justice issues. It reminds us that however noble a cause may seem, we need to consider the ramifications of a policy and who might be affected. Jewish law dictates certain protections for the underprivileged, while simultaneously acknowledging the risks, ramifications, and potential unintended consequences of any solution. Consequently, social justice policies and causes advocated in the name of Judaism should similarly take an equally thoughtful and balanced approach.

Furthermore, given the above parameters of social justice, it is less likely to maintain fairness with more ambitious policies. Simply put, the more people who are affected by a policy, the greater the likelihood that one side will suffer some form of loss. For example, a policy of universal health care may assist some of the currently uninsured but will most likely result in negative unintended consequences for other patients, doctors, hospitals, insurance companies, and drug manufacturers. In contrast, recall that despite the global implications of Tikkun Olam, the Sages invoked the principle for a relatively narrow set of circumstances where fewer individuals are affected such as borrowers or captives, but not for large scale social engineering. This is not to say that such endeavors should never be pursued, only that careful thought be used to formulate and justify polices in the name of religious social justice.

Most social justice causes are motivated by the fundamental concern for human welfare. But as we approach such issues with compassion for one group of people, where applicable, we cannot withhold compassion from others or ignore negative repercussions which may be caused by our actions. 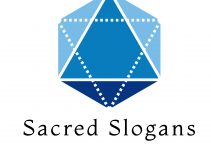