Last Sunday was the Jewish fast day of Shiva Assar B’Tammuz – the 17th day of the month of Tammuz. In addition to being a fast day, the 17th of Tammuz also marks the beginning of The Three Weeks of mourning leading up to the fast of Tish’a B’av. For these three weeks and the final nine days Jews generally accept some practices of mourning. However, there is much confusion as to what actions are prohibited when.1 Every year around this time I get a slew of questions as to what is permitted and prohibited during the three weeks and nine days and for some reason I never got around to posting my responses. To correct this oversight, here is my understanding of the laws and customs of the three weeks and nine days.

What is Prohibited According to Jewish Law

If there’s anything I try to get across in discussing halakha, it is to distinguish between customs and law. For a full discussion of this distinction see my post “Popular Practice and the Process of Pesak,” but for now we shall define the normative halakha as those actions which we may definitively demonstrate are rabbinically prohibited.2 M. Ta’anit 4:7 states that for the week in which 9 Av falls – called shavua shehal bo – one may not cut one’s hair or do laundry. According to the Gemara, this prohibition includes doing laundry during shavua shehal bo even if the clothing will be worn after 9 Av.3 Furthermore, one may not wear laundered clothing during shavua shehal bo even if it was washed beforehand (B. Ta’anit 29b).4

Additionally, a Beraita cited in B. Yevamot 43a prohibits getting married (nesuin) during shavua shehal bo,5 however it is permissible to get engaged (eirusin)6 during this time, though without an accompanying celebratory meal.

Therefore, these three prohibitions of haircutting, laundry, and marriage are the only actions for which there are explicit rabbinic prohibitions, and they are only prohibited for the limited time period of shavua shehal bo, if such a time exists in the calendar for that year.

While the other customs of mourning may not share the same force of law, some common practices are nevertheless based on rabbinic sources. M. Ta’anit 4:6 states the general principle “Mishenichnas Av me-ma’atin be-simha” – with the month of Av one minimizes joy. Thus from the first of Av, i.e. the beginning of the nine days, those actions which are considered to evoke simha ought to be curtailed.

These are some actions which the Talmud defines as inducing simha:

Because of the rabbinic designation of these activities as “simha” most Jews avoid the above activities during the nine days where possible. But note that the Mishnaic idiom “me-ma’atin” – to minimize – is more of a discouragement than an outright prohibition. For a parallel, Rav contrasts the roles of simha for Av with its role for the month of Adar and Purim: “Just as when Av enters we minimize simha, so too when Adar comes we increase (marbin) be-simha” (B. Ta’anit 29a-29b). There is no source, to my knowledge, which states that one must eat meat, drink wine, buy new clothing or get married during the month of Adar because the word “marbin” does not mean one is obligated to do any of these things, only that one should do more than usual. Similarly, while not doing any of the above actions would certainly be considered me-ma’atin, such an extreme is not required during the nine days (excluding that which is prohibited during shavua shehal bo).

Other Practices and Considerations

Thus far we have discussed practices which rabbinic literature directly attributes to 9 Av, be it in the form of a prohibition or a legislated custom. In addition to these practices, some customs of mourning have been adopted from other related categories of Jewish law or updated to conform with modern society. For example, there are variant practices regarding not listening to live, recorded, or instrumental music,10 but these are related to the general destruction of the Temple independent of 9 Av.11 Other customs during the three weeks or nine days have been adopted from hilkhot aveilut (the laws of mourning over a deceased relative) such as not bathing during the nine days (B. Mo’ed Katan 15b, See Tur O.C. 551). Finally, contemporary Jews have updated their sensibilities for simha, refraining from modern enjoyable activities such as swimming or watching movies. These practices would also fall under a category of custom, but one which is more localized to a particular community.

Furthermore, the time periods mentioned in the normative rabbinic literature only include the nine days and its subset of shavua shehal bo, but there is no mention of similar customs of mourning for the rest of three weeks – i.e. from the 17th of Tammuz to Rosh Hodesh Av. Consequently all practices during this time must also be considered as customs.

This is not to say that customs should be ignored altogether, only to differentiate between what is actually prohibited and what is culturally discouraged. There are important ramifications to this distinction such as the degree to which one may be lenient when communal expectations are not relevant or if there are extenuating circumstances; again I refer back to “Popular Practice and the Process of Pesak” for more details.

However, it is my sense that if there is a need one should not hesitate to be lenient, and more importantly one ought to be tolerant of other’s leniencies – especially regarding customs. The general rule of laws of mourning is that the law follows the lenient opinion (B. Eiruvin 46a) and to some extent this principle is even applied to the nine days themselves (B. Ta’anit 29b-30a).12

But more important than whatever practices we do or don’t do during the three weeks and nine days, it is more important to remember why we observe such customs in the first place. Ostensibly the point of minimizing simha is to feel the loss of the Temple and in feeling this loss we should and presumably feel compelled to correct the problems which led to the exile in the first place. If not listening to music or watching movies leads one to reflect on and improve one’s own behavior, then such measures are appropriate for that person. But these customs of mourning are not intrinsically valuable and certainly cannot be viewed as a substitute for introspection or self-improvement – let alone as an excuse to demean other Jews. In fact this message was already stated by Yeshayahu in the Haftara of Hazon, which is read the Shabbat before 9 Av. In the time of the destruction of the first Temple, the Jews dutifully performed the ritual acts of bringing sacrifices, but treated each other so poorly that their ritual observance was disregarded with God even declaring “who asked you to do this?” (Is. 1:12).

If God can ask “who asked you to do this?” for the sacrifices which he commanded, then such disdain would certainly be applicable to our own invented customs.

Summary
Here’s a quick recap of what actions are assur de-rabbanan (rabbinically prohibited) and which restrictions are customs:

Shavua Shehal Bo: Rabbinic restrictions against doing laundry, wearing laundered clothing, haircutting and shaving, and getting married. Does not apply if 9 Av is observed on a Sunday. 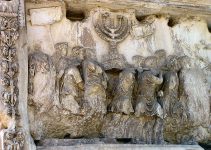