A few days ago, we covered YU’s medical ethics conference which included R. Schachter and R. Tendler offering their conflicting opinions on brain death in Jewish law. At two points during the conference R. Kenneth Brander attempted to mitigate the conflict by commending YU for its commitment academic integrity. Instead of suppressing or ignoring one side of the debate, YU provided the forum for two controversial and drastically divergent opinions, which for R. Brander is the definition of intellectual honesty.

Then we found Hirhurim’s reference to this Commentator interview with R. Schachter and Yeshiva College Dean David Srolovitz on YU’s curriculum. R. Schachter argues that some courses are “uncomfortable” for many students, and instead of risking losing them to other colleges YU should not force the exposure of these courses on its students.

When I was a student, Torah u-Madda under Dr. Belkin did not mean as much as it does today. Rabbi Belkin wanted to provide a more available yeshiva and college and environment than City College. What’s wrong if a student treats college as a trade school? Just let him. We should make him feel comfortable. You won’t be changing the nature of the college. That’s the question: should you accept such a student whose head is screwed on differently because he believes in Torah u-Parnasa – I don’t think you need to reject him for that. Why should we chase away students? They are coming to this school and participating in this college. We do not need to keep on emphasizing that we are Torah u-Madda and not Torah u-Parnasa. We should allow all students to feel comfortable in attending YU.

A student does not necessarily have to take Chaucer but to not be able to offer Chaucer to our students would be a problem. For a student to choose not to take it is not a problem. But, it is part of the canon of a liberal arts education.

For Dean Srolovitz, the student has the option of which courses to take. If someone finds one class to be objectionable, it is easily possible to organize the schedule accordingly. In the interest of academic integrity, the point is not even to force exposure, but to allow students the choice to develop their own curriculum.

However, according to R. Schachter even allowing such choice is problematic, but rather YU should regulate the content of what is being taught as well.

It would be a good idea when you have a course where certain things from the Gospels are taught, that a religious Jew should teach it, as opposed to a Christian minister or a non observant Jew.

Though ideally, the New Testament and other subjects should not be taught at all.

I personally feel that [courses in the New Testament] is a problem that it is offered. The deans have always said that Dr. Revel had it and Dr. Belkin had it and I think that it wasn’t right since day number one. But at least we should make the school comfortable for students who are not interested in taking these things in classes

Fifty percent [of art classes] they can teach but I don’t understand how they can teach the other half – it’s avodah zara and gilui arayot (licentiousness). There was a professor here years ago who claimed that there was a difference between nakedness and nudity – I think they both do not belong here. I find it very offensive that such a thing is even offered.

We should notify the teachers that this is a Jewish institution and they therefore have to be careful not to teach literature which is inappropriate or avodah zara. I was once asked how we should teach literature and I said “It’s not easy. You have to pick out the things that are Kosher.”

Even worse, the very presence of such classes may give the impression that they are “approved” and students may inadvertently take “problematic” classes.

I see these questions come up every year where students come over to me complaining how they took a problematic Bible course with such and such a professor … or complaining about a sociology course.

For R. Schachter, academic freedom and open discourse is not a priority of Yeshiva University, in the sense that instructors at Yeshiva University ought to be limited as to what they are allowed to teach. As an Orthodox institution, we would expect Jewish law to take a priority. As Dean Srolovitz said, “I think that it’s important for us and the Yeshiva community to figure out how to simultaneously respect academic freedom as well as the halakha on these issues – where we can.”

But even within this context, R. Schachter does not allow for the disagreement as to what is and is not halakhically permitted to teach but declares classes generically “questionable.” As we noted some time ago, the Talmud advocates and necessitates many areas of secular learning, including comparative religion (B. San 17a). The very definition of what is and is not halakhically problematic can be debated just as easily as one’s position on brain death.

Furthermore, regarding “questionable” ideas, R. Schachter prefers to have courses expunged as opposed to responding to their content. Instead of addressing the arguments and evidence of biblical criticism, it would be better to ignore them completely. In contrast, R. Tendler, advocated exposing students to as much “heresy” as possible to allow the Roshei Yeshiva the chance to give their responses. Academic freedom does not necessitate agreement with a position, and indeed there are passionate disagreements in all fields.

Ironically, R. Schachter himself has repeatedly enjoyed the security of academic freedom. At the conference on brain death, R. Tendler argued that R. Schachter was not only incorrect but deliberately ignored or manipulated inconvenient sources. Yet despite R. Tendler’s argument – which if true would certainly call into question”intellectual honesty” – and R. Tendler’s PhD in Biology, R. Brander repeated that R. Schachter was entitled to have his say. Two years ago, when several of R. Schachter’s controversial remarks became public the Jewish Week affirmed, “Richard Joel, the president of Yeshiva University, was unavailable for comment. In the past he has cited academic freedom as a reason for not publicly criticizing faculty.”

The problem of academic freedom is that, in theory, it holds people accountable to their statements. People need to answer critics and defend their positions. This ethic is often seen as contradictory to religious value where we ought to dogmatically follow the statements of our Rabbis, or the expectation of the Rabbis to be followed dogmatically.

But in reality, Jewish law is based on open debate and argumentation. While there are some necessary limits to the discussion, the Talmudic sages welcomed and in some cases even preferred such challenges (B. Bava Metzia 84a).

Those who are most confident in their positions may find repeated questioning to be a nuisance, but they should also have no intellectual difficulty rebutting criticisms. Furthermore, someone one who is passionately committed to his position should appreciate the opportunity to convince a skeptic based not on the charisma of the person but on the merits of the arguments. On the other hand, repeated refusals to defend one’s argument can usually be interpreted as a weakness of one’s position. Outright suppression of opposition would obviously be another matter entirely.

And while I can understand the desire to protect the student’s spiritual growth, I find it disconcerting if someone’s faith is so weak or the hashkafa so baseless that a college class would be considered that threatening.

Furthermore, if the student’s faith is based on false premises or assumptions, then it would be an obligation of Rabbis to correct such mistakes and help the student refine and mature his ideas. If anything, these are people who are most in need of the empowerment that academic freedom provides. 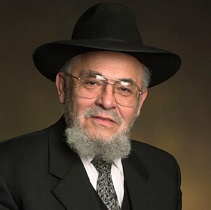